Bamboo in Brazil: Industry and forestry 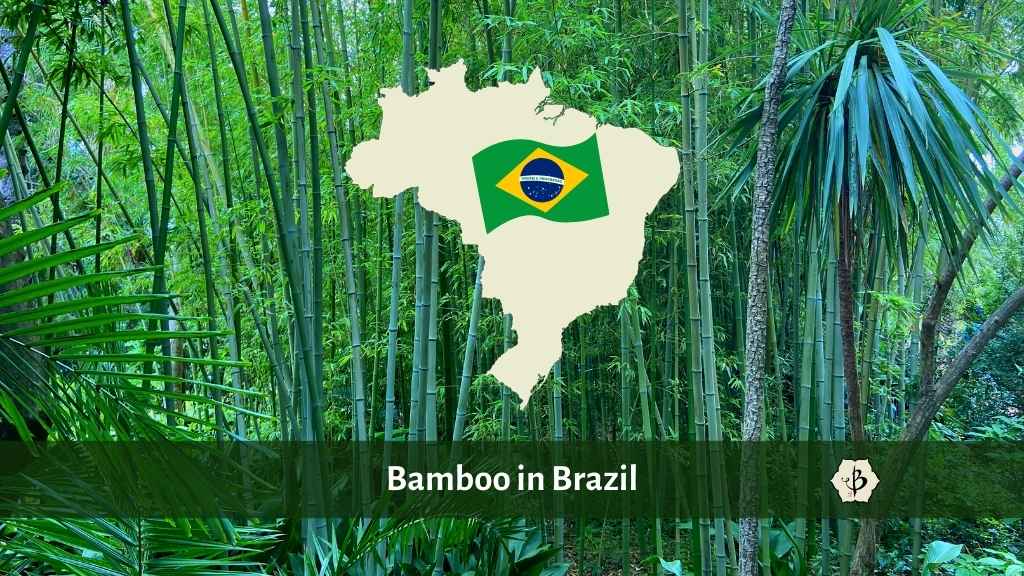 As the fifth-largest nation in the world by area, and the only country to straddle both the equator and the tropic of Capricorn, Brazil is ideally situated to grow great quantities of high-quality bamboo. And after decades of habitat loss in the Amazon Rainforest, bamboo could play a vital role in the region’s afforestation efforts. But as of 2022, bamboo’s position in the Brazilian economy is not as great as one might hope.

Despite its vast area and favorable climate for bamboo cultivation and production, Brazil has had a negative trade balance for bamboo items for the past 17 years. The Brazilian Center for Innovation and Sustainability is working to change that, and to help the country take better advantage of bamboo’s ecologic and economic benefits.

Special thanks to Katiane Gouvêa, from the Brazilian Center for Innovation and Sustainability, for contributing to this article. She can be reached by e-mail at  presidencia@cebis.org.br or gouvea.katiane@fgv.edu.br.

Bamboo in the Brazilian economy

Between 2006 and 2022, Brazil had a bamboo trade deficit of a staggering 154.9 million dollars. A trade deficit is when you import more than you export. US$5.8 million in bamboo products were exported and US$160.7 million were imported. The main items included wooden tableware or kitchenware, chopsticks, bread cutting boards or similar items, basketwork, bamboo shoots, and bamboo furniture. The vast majority of those products are coming from China instead.

According to the FAO survey, there was a 50% increase in the area of ​​bamboo planting in the world between 1990 and 2020, but little progress has been made in Brazil. The species remains marginalized, without understanding its economic potential. The productive sectors that bet on bamboo silviculture show very satisfactory numbers. This is the case with the use of bamboo as biomass for corn ethanol plants.

To advance the economic potential of bamboo forestry, the Brazilian Center for Innovation and Sustainability is working with the federal and state government to develop public policies for the sector.

“Brazil is a country with continental dimensions. There are more than 200 native species still to be studied and oriented to the Brazilian industry. In this way, we advocate that the federal and state government encourage the planting of bamboo following the strategy of introducing eucalyptus plantations. Brazil is a national highlight in eucalyptus forestry. Between 1960 and 1970, there were great incentives and tax benefits, in addition to a large contribution to research for the development of species with better performance and productivity in Brazilian soil. Eucalyptus is native to Australia, Tasmania and the islands of Oceania, and today represents 77% of national forestry”

The president of the Brazilian Center for Innovation and Sustainability, Katiane Gouvêa, points out that in August 2022, the state law to encourage bamboo cultivation in the state of Paraná was approved. The state of Paraná is a prominent state in the wood and pulp industry, however, according to the president, the focus is to demonstrate the potential of bamboo forestry in generating energy through bamboo biomass.

To organize the productive sector with an interest in its use as biomass, cellulose, timber, the Brazilian Center for Innovation and Sustainability is in dialogue with the largest companies in Brazil. “We are confident that in a few years we will change forestry in Brazil” emphasizes President Katiane Gouvêa, who studied at the best universities in Brazil such as Escola Superior de Propaganda e Marketing, Instituto Europeo de Design and holds an MBA in Foreign Trade and International Business from the Fundação Getulio Vargas. “Bamboo is a window of opportunity in Brazil. In addition to the domestic market, which has a negative annual trade balance, the international bamboo market has a turnover of 3.7 billion dollars.”

Last month (October 2, 2022), the presidential election took place in Brazil. In a competitive contest, former president Luís Inácio Lula defeated the current president Jair Bolsonaro. Bolsonaro’s administration was plagued by a series of controversies involving environmental policies, which highlighted the blockade of the Amazon fund. The Amazon fund’s biggest donor is the Norwegian government. During the campaign, several world leaders, including French President Emmanuel Macron and US President Joe Biden, expressed support and reinforced the importance of the Amazon Rainforest.

In view of the re-establishment of the partnership between countries that are fundamental for solutions to global warming and climate change, the Brazilian Center for Innovation and Sustainability is finalizing a report on degraded areas in Brazil as possible areas of bamboo forests.

According to the organization’s president, Katiane Gouvêa, the international demand for acquiring degraded land in the Amazon for restoration with bamboo is great, and it continues to rise. The predominant business model is to restore deforested or burned areas with bamboo forestry, where the environmental service will be commercialized through Carbon Credits, and later management. The president recalls that Brazil is second only to China in terms of native bamboo species. And the Amazon region, specifically the state of Acre, has the largest native bamboo forest in the world.

“Acquiring an area in the Amazon requires a lot of care, since it is an area with great legal uncertainty. Land tenure regularization in Brazil is essential to make progress on environmental issues, both in terms of environmental services and the penalization of environmental crimes. There are many areas on the market to be commercialized that are illegal, in environmental protection areas, indigenous or invaded lands. For investors looking for areas, it is essential to present the property succession chain so as not to invest or encourage invasions in invaded public and private areas”

Recently, the Brazilian Center for Innovation and Sustainability was invited to participate in the Sectorial Chamber of Planted Forests of the Ministry of Agriculture, Livestock and Supply to help implement the ABC+ Plan, Sector Plan for Adaptation to Climate Change and Low Carbon Emissions in Agriculture.

If you’re interested in the boons that bamboo can bring to Brazil and other South American countries, then take a look at some of these other in-depth articles.